Or order through your local independent record store.

From the very first note this [Joyful Banner Blazing] truly hit my heart – like welcoming a loved friend – wonderful stories and songs needed for this time.

One of the most striking songs, which also inspired the wonderful cover artwork, is the title track…Waltzing With the Angels is another outstanding track with a great back story.”

Good songwriters venture out beyond their immediate time and space. Twice Juno-nominated Maria Dunn finds power in the long view, following her curiosity to examine history and deeper meanings in everyday situations. Her breadth of large and small stories documents momentary snapshots and life-long lessons, but the most important part comes in the way she fits personal portraits to the cinematic widescreen.

Dunn's album Joyful Banner Blazing (2021) is her first release in four years and seventh album in a career spanning over 20 years, an intriguing set of contrasting numbers from the simple love song to stories of wider human triumph. It's a bit more eclectic than some of her previous themed projects.

“It's less of a concept album, but I still get huge pleasure from making it work.”

Take for instance the opening portrait of her aunt which gives the album its title. Joyful Banner Blazing isn't Dunn's first song tied to family memories but it does resonate with public and personal significance. Over some five decades her aunt Sister Cecily Dunn was a nurturing force and social activist at the community level, helping younger generations, primarily in London's Bermondsey district with stints in Liverpool and Paisley.

Scotland-born, Edmonton-based Dunn witnessed that altruism up close as part of a 1991 backpacking trip around the U.K., working for her aunt Cecily over several months in London, much of it around the multi-faceted community centre that her aunt spearheaded. Years later they were reunited socially for a few precious hours in Dublin about six months before her aunt's passing in 2016.

“She was one of those people who could draw on the abilities and skills of her own large extended family and people around her, one of those good troublemakers who gets stuff done. I don't think you could not be influenced by her. You couldn't help admiring her devotion and good work.”

This upbeat hybrid tune melds her aunt's maxim, “you are young, you are precious, you are loved” to a classic folksong, one of the sister's favourites, She'll Be Comin' Round The Mountain.

Two more songs address family with rare outcomes. Love Carries Me is a special thank you to her parents, while the unique Declan's Song with its burnished horn charts is a lively lullaby for a new nephew, almost as if it's delivered from the baby's perspective.

Dunn's continuing concern for the labourer's lot comes through in two new songs that work their emotional effect by effectively inhabiting the workers involved. With the empathy of a backing fiddle, the worker of Heart In Hand recalls a famous Edmonton packing plant strike that dragged on over six months in 1986, an action that had repercussions across Canada.

Waltzing With The Angels was surely a song waiting to happen, inspired by the Métis ironworkers who walked the high steel beams to build Edmonton's first high rise office building, the CN Tower. Jeff Bradshaw's pedal steel cameo adds the perfect warmth to stir up the song's country waltz feel.

From every vocal line, strummed guitar or pull of her accordion, authenticity has always been central to Dunn's work, so quoting the individuals who figure in her tales can be important. Consider the tender ballad Don't Think You Are Forgotten, which draws from the letter a mother wrote to her 19-year-old soldier son who died in the 1917 battle of Vimy Ridge. A moody, atypical bagpipe solo from Campbell Wallace forms its beautiful coda.

“I didn't read the newspaper article with the idea of writing a song but it moved me,” Dunn allows. “You realize that the voice of that mother writing has sparked something, you imagine her emotions, and in ‘stealing’ her line, you need to credit the source.”

The songlist coalesced over two years ago but waiting to pin down the right engineer and musicians meant that the bed tracks didn't happen until Autumn 2019. First up were Dunn's long-time producer-collaborator and violinist Shannon Johnson and members of The McDades band, Jeremiah McDade on reeds and whistles, bassist Solon McDade, and their frequent guitarist Andy Hillhouse.

Some of Edmonton's best singers and horn players back up Dunn's vocal tracks and fill out the bouncy horn arrangements that Jeremiah McDade wrote.

A few of the songs on Joyful Banner Blazing are tailored to live performance. The horn-heavy Ontario Song was inspired by Dunn's tours of that province, while the album's contagious a cappella finale Beautiful Fools – geared to pulling in those audience voices – has been on Dunn's set-list for a while already, fleshed out on disc with the voices of Dawn Cross and Dana Wylie.

To fill out an album of this and that, Dunn completes the set with her first-ever cover track, a gorgeous take on Ron Hynes' From Dublin With Love. Dunn did the tune in a 2016 tribute concert following Hynes' passing but her associations with the tune go back further. She “fell in love” with the song after hearing it on the radio, but her dream come true happened when she and Hynes wound up on the same stage at the Edmonton Folk Music Festival around 2005. After she sang harmony on the tune he invited her back the following day to do it again.

“That's a big thrill to sing harmony with one of your musical heroes. For someone who was very well established, he was encouraging and kind to me. He told me he had always wanted to hear a woman cover the song but it's from the point of an angst-ridden 17-year-old. That thought stayed with me until I was ready to make it fit.”

Her vocals on the tune make one of the singer's most powerful performances ever, a beautiful cap to a rich collection of stories.

Joyful Banner Blazing was meant for release in late May 2020 with subsequent touring plans, but like so many other artists, Dunn's project was postponed by the COVID-19 pandemic.

Who knows when the singer will be able to hit stages to show off this compelling new material live, but in the meantime listeners can enjoy the album itself, celebratory, reflective, and joyful as it is.

Engineered and mixed by Terry Tran at The Audio Department (Edmonton), with some additional engineering by Scott Franchuk at Riverdale Recorders (Edmonton) and mastered by João Carvalho, Carvalho Mastering (Toronto). Jeff Sylvester at Cut+Paste Inc. (Edmonton) designed the artwork. 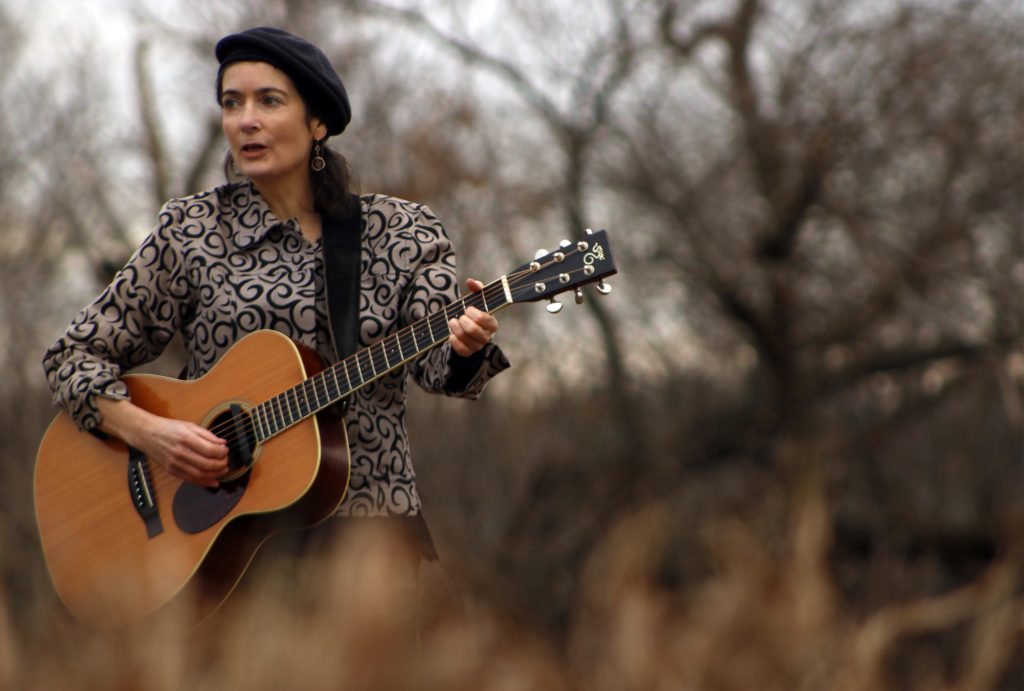